If they can directly link the other sickness and deaths to him he should have been prosecuted as multiple manslaughter and given much longer.  Its selfish people like this who have us in this pos

Don't think a lot of tax payers money is spent on a prisoner in Viatnam or hear for that matter. 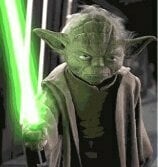 12,000 deaths over a 20 month period in Thailand. How many died of Vector borne illness in Thailand during the same period? How far are we going take this? Are we going to incarcerate those proven to