Jan. 6 committee will move to hold former Trump aide Bannon in criminal contempt for not complying with subpoena 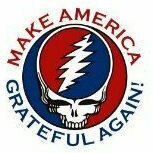 I just don't get the hysteria over the boisterous Jan 6th protest at the Capitol. It was an entirely justified and  light hearted spontaneous protest, and the only deaths were unarmed protestors being

US Courts have already convicted and sentenced a number of Jan 6 Capitol rioters and insurrectionists, many more to go as Congress, FBI and other security agencies complete their investigation. Only i

Light hearted? You guys tried to storm the capitol building. You terrified a lot of people. Its unforgivable. You should hang your head in shame. But you wont will you? Say Black Lives Matte