What a misleading headline! Anyone entering someon's home and threatening them with a deadly weapon, should be expecting a deadly outcome if it goes wrong, as this one seems to have done! If the accou

He remembered to remove the plastic bags, but clearly forgot to remove the ties 🥴 He will claim the police instructions weren't very clear 🤣 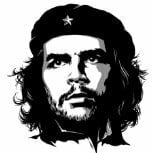