are you really that obtuse? You just keep going round in circles.  Do you "want" me to list illegal reasons of owning a weapon? lol. I, and others, have pointed out to you that a ar15 is not 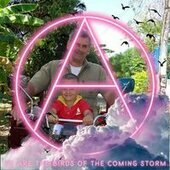 Sick person or sick nation? Billions spent with the armaments industry, how much on mental health and education? Switzerland has more guns but none of this nonsense? As an outsider (and happy to be su