Why cant I live in Thailand?

lol… your argument is weak. He is a retiree not a business owner, entrepreneur or investor. His “small value consumer goods and services” generate a profit for the Thais he buys them from so he is con

You are quite right, but the perhaps larger issue is the inbred arrogance and entitlement of very many westerners, who believe that they have a God given right to move where they like and almost do wh 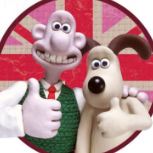 Hooray for you Fred and you never waste an opportunity to let other members know of your income. The average US citizen though also requires an additional pension to SS to meet the requirements.