When do we think the Digital Nomad WP will be ready for those currently getting by on short-term visas? 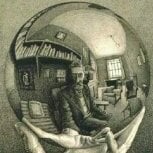