Do you believe in UFOs and Aliens? 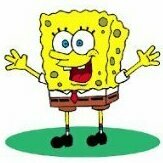 By Bobalong,
August 2, 2021 in General information about life in Thailand