Your Own Favourite Car Photos. 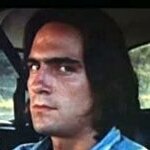 By Transam,
September 16, 2021 in Motorcars & accessories

Some of you may have some interesting photos of cars you have owned, doesn't matter what car it is, just show us and perhaps tell us a little about it. 😊 Sadly, I haven't got many car photos, but

Of course I know the Le Mans engine was highly modified.  Are you insane? You think they used what was essentially the 6R4 engine in the 220 for reasons of reliability?  Where on earth do you 'le