News Forum - Recent crimes in Phuket are damaging its reputation

I will admit, I was thinking of eventually travelling to Phuket but probably won't now, not just from the shooting but overall what I learned from just reading about Phuket in the past month or so. 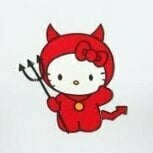 Farang abuse? You guys are out of your mind and just make shit up in your heads, I swear   You guys all just want to feel special And when you aren't made to feel extra special in